In this DSLR filmmaking world, so much time is spent researching and finding the the ‘right camera’ or lens but researching on how you store and transport your DSLR gear is often an afterthought!

The Lowpro 202-AW SlingShot sling bag DSLR Backpack option is what I’ve chosen to use for my gear. It has just the right amount of room for my gear and extra components and I love that I can access my gear while shooting.

I also came across a lesser known brand that holds just as much gear, and has just about the same function and build quality as the Lowpro Brand.. but as is half the price of the Lowpro! This could be a great option, if you’re looking into a sling bag. 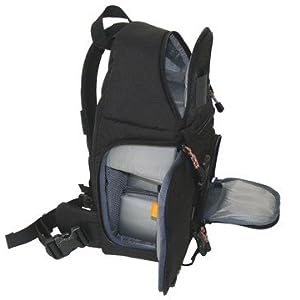 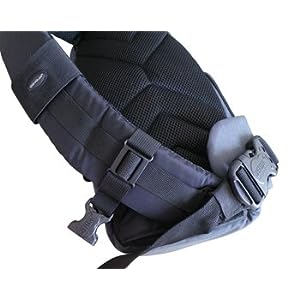 The “Video Digital Photo Sling Shoulder Bag Daypack Backpack C2000 “. Also known as PolarOne Camera sling bag, as well as some other ‘non’ brand names.
(Check out the video review of this bag below)
This sling bag has all the same features, and just slightly smaller storage pockets, but the bag is surprising nice quality for being available for about half the price of the Lowpro bag.

The other thing I was testing in this episode of Quick FX was the quality of the Canon PowerShot ELPH 300 HS point and shoot camera. Which was the camera used to film this episode!  It was a pretty harsh sunny afternoon, so I figured it’d be a great chance to see what the limitation of the Canon camera are.

Due to the wind and area noise, I recorded with an external audio setup with my Zoom H1 and Audio Technica lav setup Though the audio from the camera was surprisingly very useable!

The camera doesn’t offer much manual control in video mode, but the ease of use allows just about anyone to shoot some great video. A nice option for youtube tutorials and fast production videos, especially if you’re working with friends and family who may not be familiar with cameras.  A camera like this can be handed off to them and they can film.

So far the camera has been working out nice, though it films 1080 at a fixed 24p with may not be something everyone may want. But I think the camera is worth looking into!

If you’d like more information, here’s a review of the C2000 bag:

Equipment used in this episode: