At 11+ millions views most of you have probably already seen this video! “World’s Largest Rope Swing” is one of many viral videos produced by filmmaker Devin Graham.

I enjoy Devin’s videos even more after watching the behind the scenes on his 2nd youtube channel ! I encourage anyone who is planning to invest in filmmaking equipment, to watch behind the scenes videos of productions like these! Why? Because when you see the minimal camera setup and the quality of the final production… it might help you decide on what you actually “need” or don’t need to buy for your production!

Unfortunately, Devin doesn’t interact much with the comments on his videos, but that’s typical with youtuber’s who have over 300k subscribers. 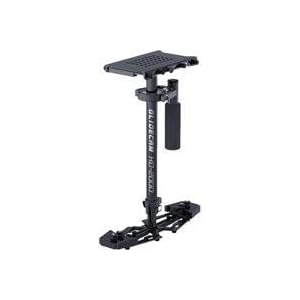 But I was able to track down some of the equipment that he uses;  Canon 5D MarkII and 7D, some Canon L-series lenses and the other main accessory is his Glidecam HD 2000… and that’s about it!  No matte boxes, follow focus, or slider.

I’m still amazed at how the Glidecam shots create such a dynamic look in Devin’s videos! I thought for sure that there was a jib shot at the opening of the World’s Largest Rope Swing but was actually just another Glidecam HD 2000 shot!

Obviously Devin’s music driven short films have a unique style that allow him to shoot with such a minimal camera setup, so you may require more gear for your productions.  But I think it’s important to see what filmmakers like Devin are actually using to create such high quality videos, before you go out and invest in thousands of dollars worth of cool looking camera gear that you may not even need.

If this is your first time seeing Devin’s stuff I hope this information was useful!  I know that after seeing all the different shots created with just a camera and a Glidecam, I may have to look into investing in one myself!