More details on Canon’s new T4i and even better, I found some VIDEO SAMPLES!  I’m not going to go into detail about the camera, you can find everything at this link.  I did however, want to mention one feature that I’m personally looking forward to!

Viewing the video which shows the camera operation, you’ll notice a few things.  First off, a touchscreen!  Though all of the standard buttons seem to still be in tact, the T4i will be featuring a touch screen alternate operation for menus, settings and playback. Personally, I’m not a big fan of touchscreens but it looks like it is necessary for interacting with some of the new features of the camera and all of the standard buttons are still available so it shouldn’t be an issue for those familiar with the traditional physical button navigation.

Now back to the feature I’m really excited to see!  Canon will be introducing the Movie Servo AF feature in it’s EOS 650D line.  This is a servo auto focus option that allows the DSLR to operate even more like a traditional video camera.  Though, in the video sample a dialogue appears instructing that an external mic will help reduce drive noise.

Another cool feature within this Movie Servo AF feature is the option to select face priority!  This is where the touchscreen comes into play as the user apparently selects the subjects face to track and the Servo AF will track them.

The touchscreen may cause some issues for those who utilize an LCD Viewfinder. But with the physical buttons still available on the camera, it shouldn’t be too hard to work around.

We can only know more the camera’s released and we can put these features to the test. Until then, I encourage you to check out the Details on the Canon Website and watch the sample videos!

The T4i isn’t available just yet, but over at Amazon you can pre-order one! 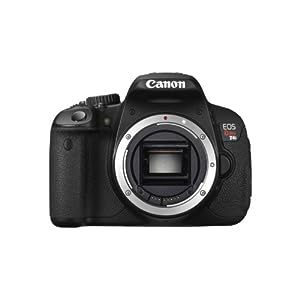